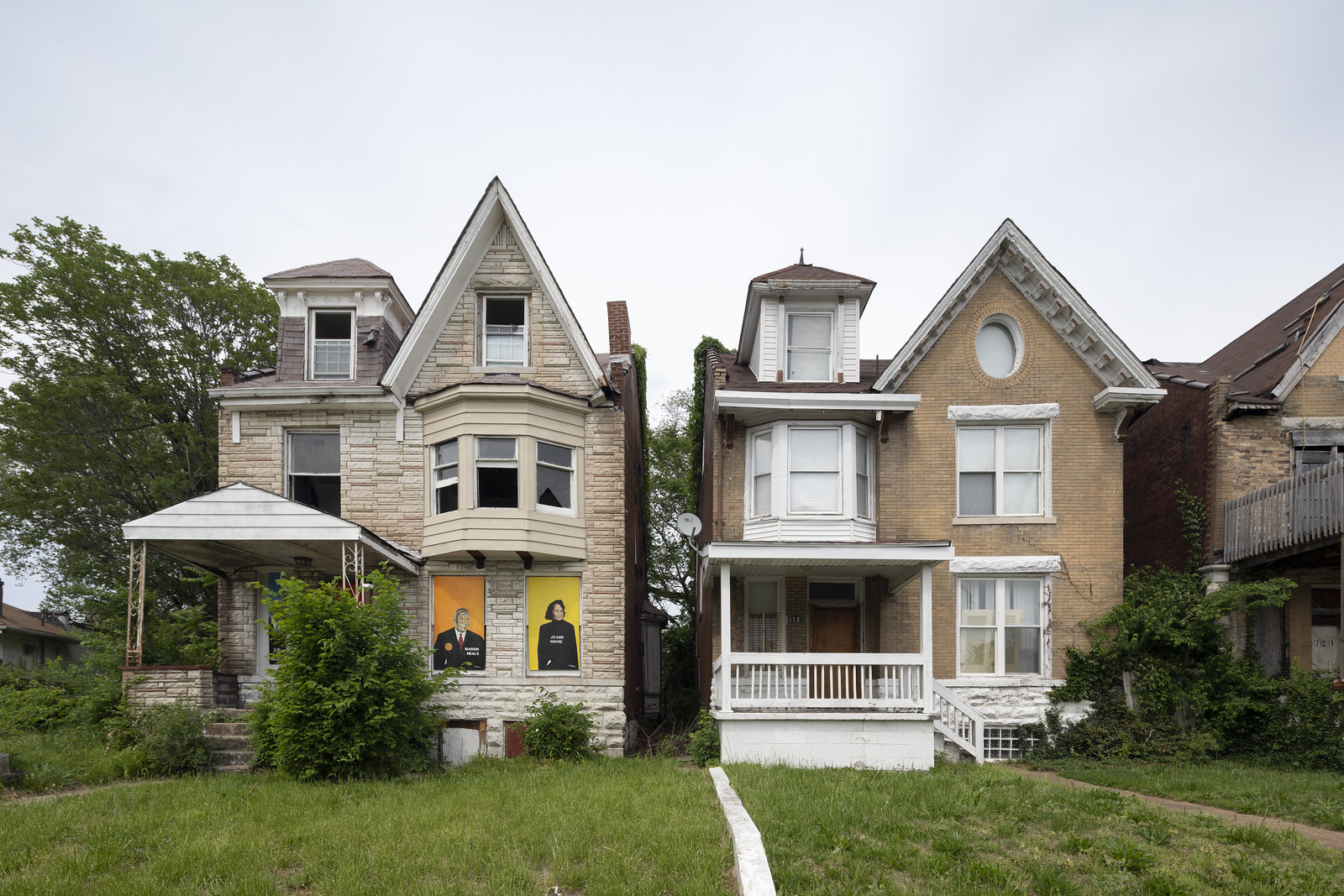 This May wasn’t my first time in St. Louis, but it was the first time I was able to actually get out into the neighborhoods. This post includes some of my favorite photographs from throughout the city, many of which are from its north side. While St. Louis has had a difficult 70 years, the north side has been particularly devastated by not only the typical story of racism, deindustrialization, and public housing demolitions, but also private developers like Paul McKee and the National Geospatial-Intelligence Agency. Numerous groups are fighting back. If you are interested in the history of the neighborhood displaced by the National Geospatial-Intelligence Agency, you check out these interviews. 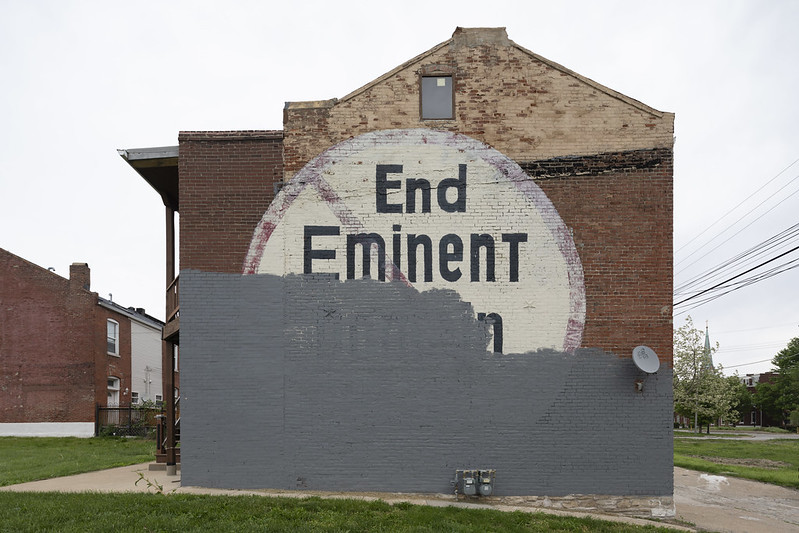 This mural, which used to read “End Eminent Domain Abuse,” has quite a history. 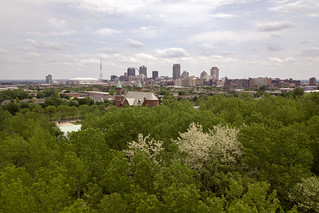 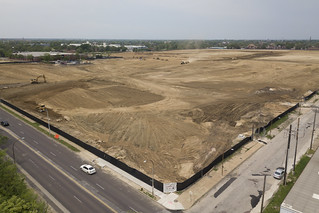 The former site of Wendell O. Pruitt Homes and William Igoe Apartments (left), and the future site of the National Geospatial-Intelligence Agency (right). 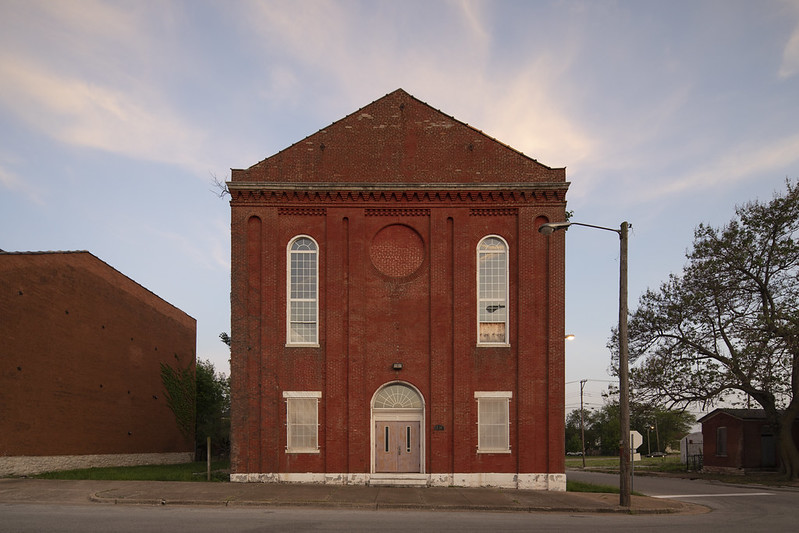 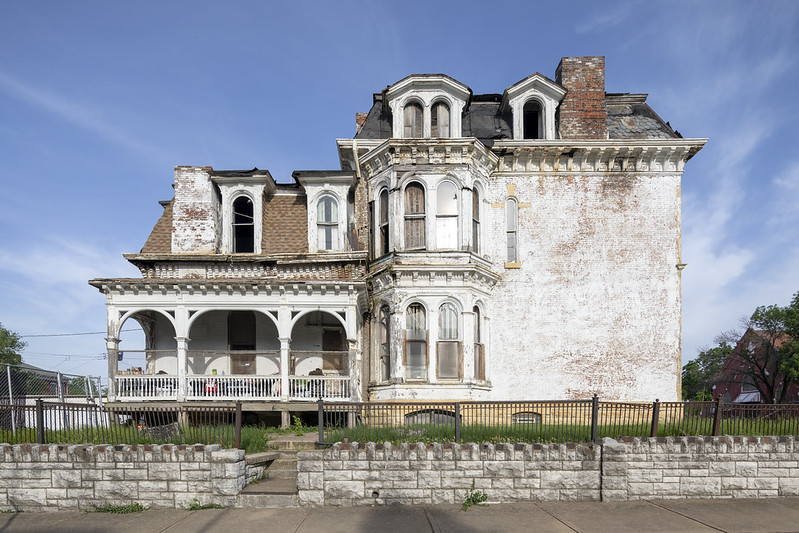 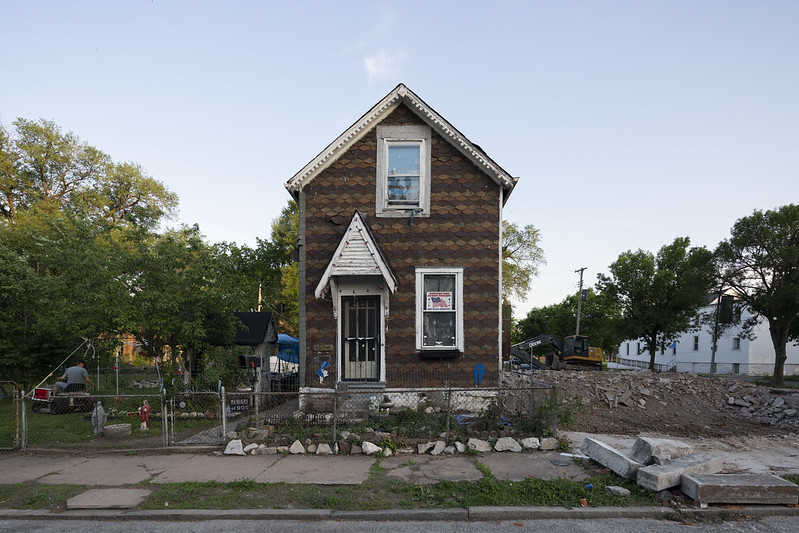 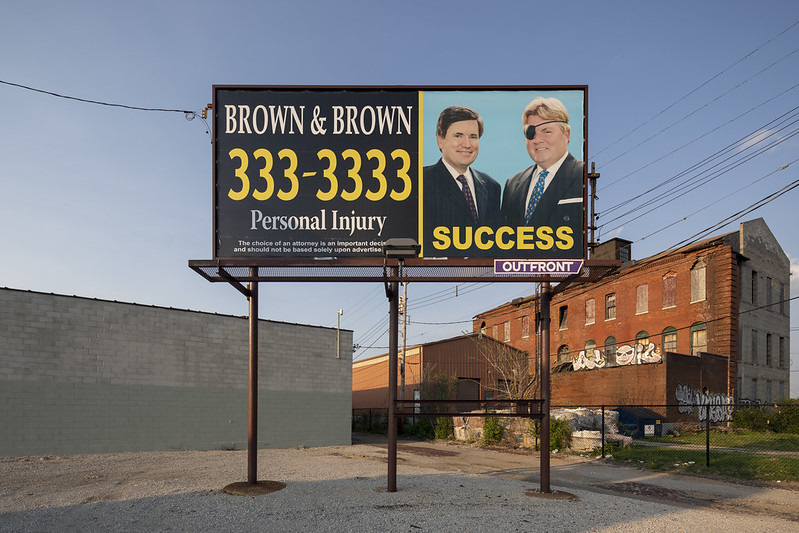 Murals by Better Family Life on the side of derelict buildings on Page. 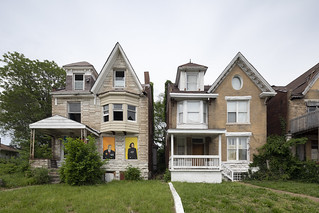 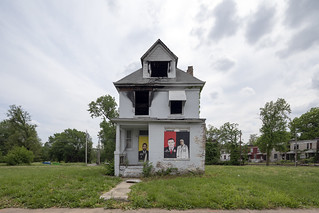 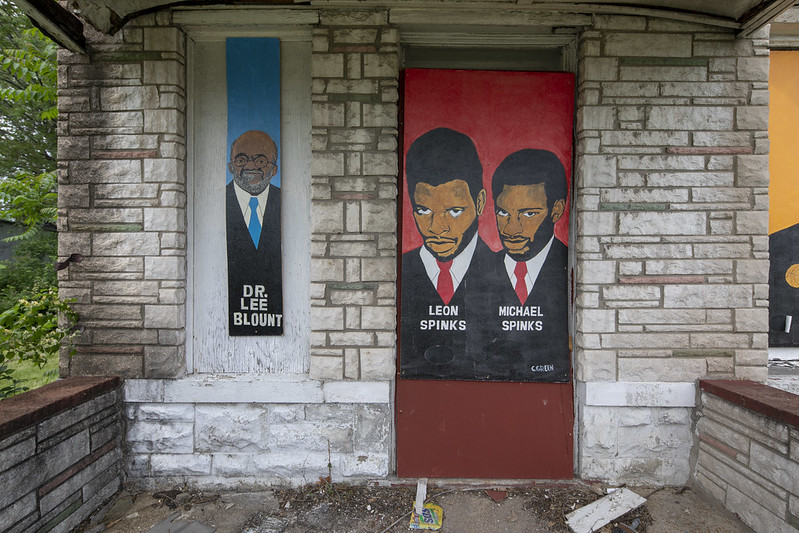 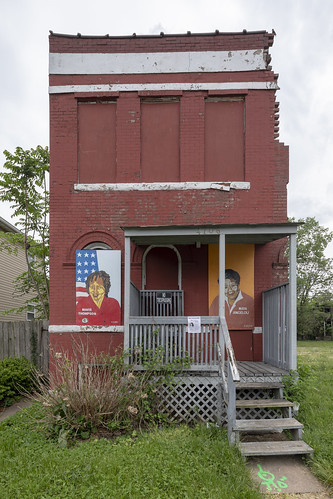 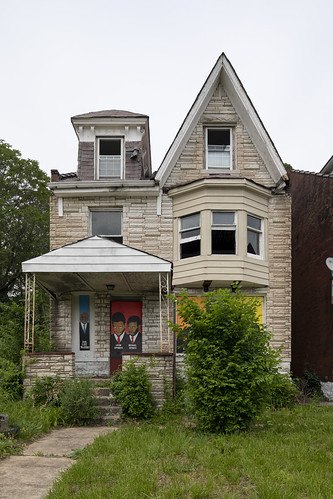 St. Louis has three spectacular water towers from the 19th century, two of which are on the north side, Grand Avenue Water Tower (1871) and Bissel Street Water Tower (1885), and one south, the Compton Hill Water Tower (1898). 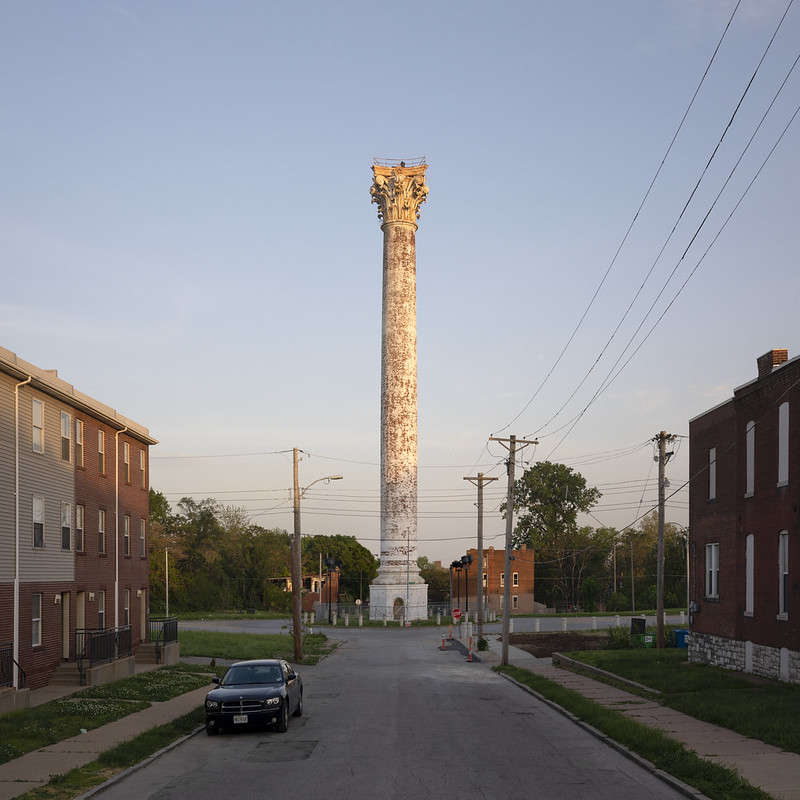 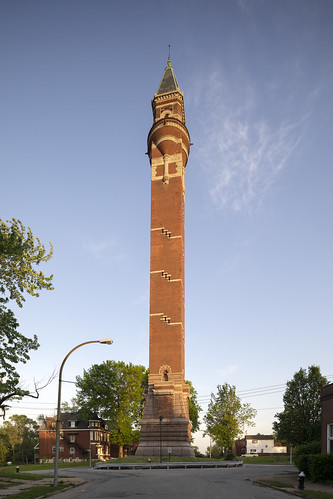 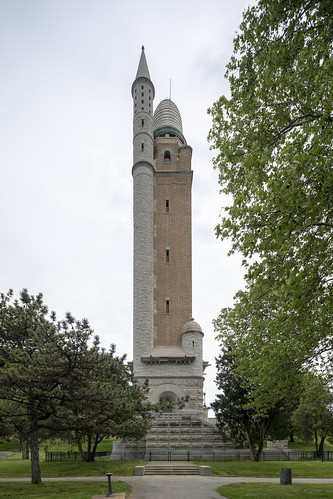 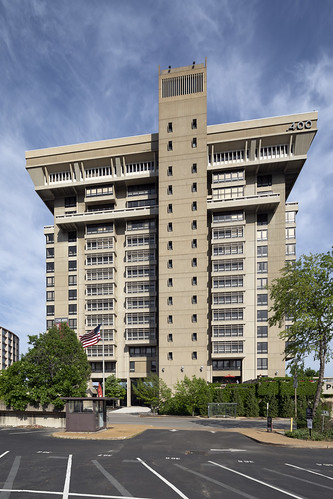 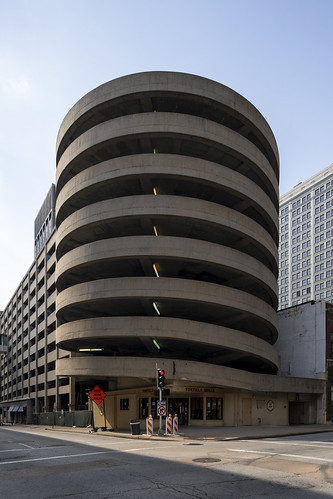 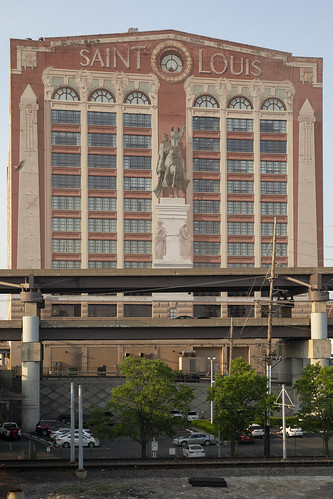 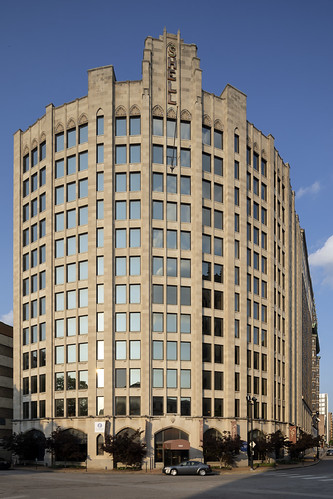 Special thanks to Claire Nowak-Boyd.