The Battle Between Ethiopian Boys and Monkeys 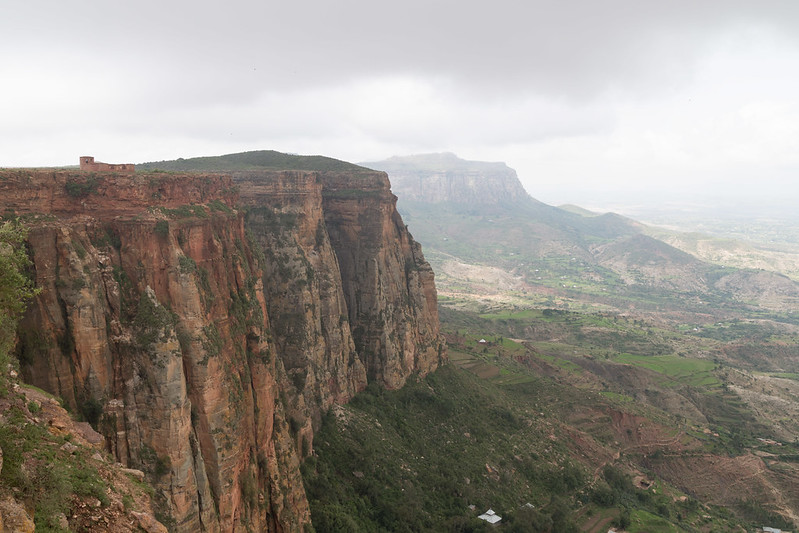 The cliffs and plateaus of the Agame massif.

One of the unexpected experiences of my trip to Ethiopia’s Tigray region was witnessing the daily conflict between local boys and gelada monkeys.

Endemic to Ethiopia, gelada monkeys are especially plentiful in the country’s central northern mountains. While some of these areas are protected “natural” lands, a significant portion of the habitat is primarily agricultural. I visited one such area with Brian Ashby and Susannah Ribstein: the Erar community of Tigray’s Agame mountains. In the massif, plateaus are cultivated for barley, chickpeas, lentils, linseed, wheat, and other crops. Because geladas are scavengers, the monkeys often take advantage of these fields and their easy nutrition.

As one might expect, the farmers aren’t thrilled by the monkeys eating their crops. The solution is hiring local boys to protect the fields. From dawn to dusk, the boys scan the plateau for gelada harems who might raid the crops and then scare the monkeys away. In exchange, the boys will be paid 5kg of the crops raised by each farmer in their territory. For example, one of the three boys with a domain on the small plateau we visited took home 5kgs of linseed, lentils, barley, and wheat last year.

The following photographs are a glimpse of the back and forth between the monkeys and boys.

Special thanks to Kiros Zeray for the background and translation. 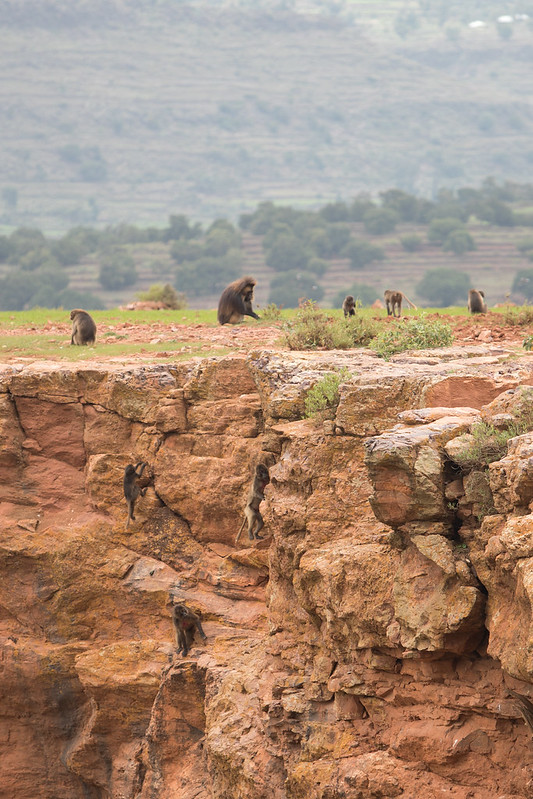 Geladas climb the cliff to access one of the fields on the plateau. 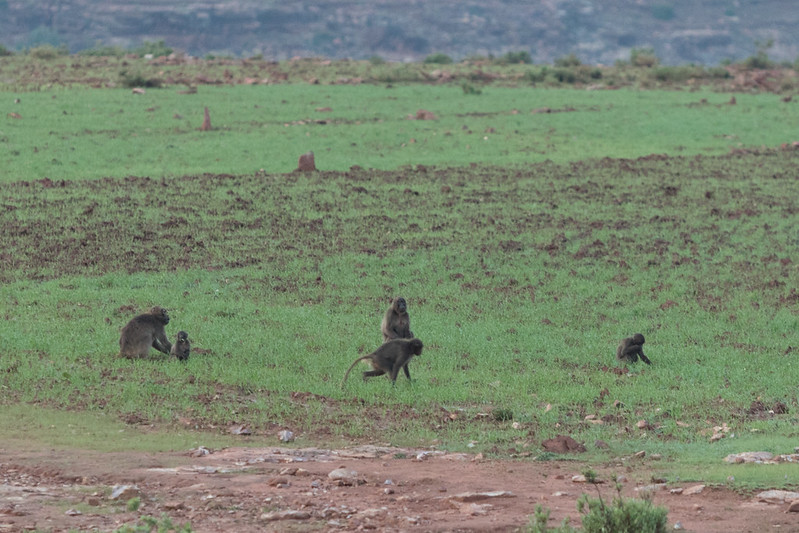 Once up top, the geladas eat the crops — in this case, small sprouts and seeds. 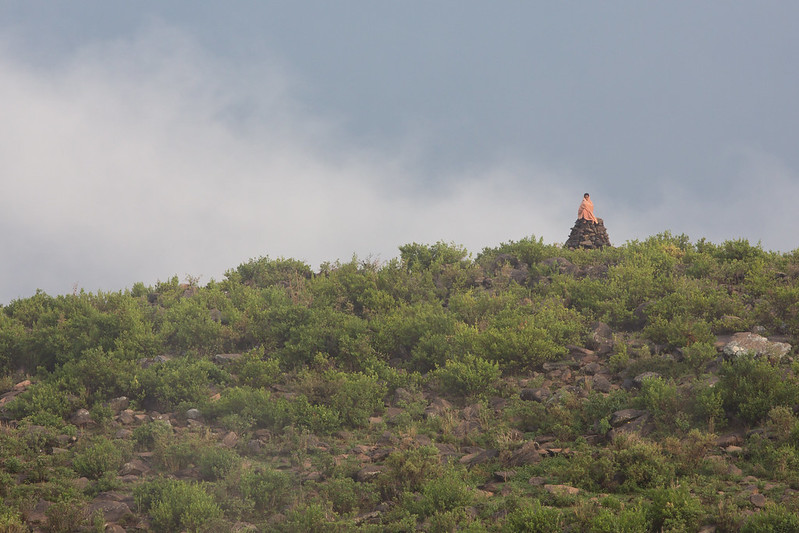 One boy surveys his territory from a self-built stone pedestal. 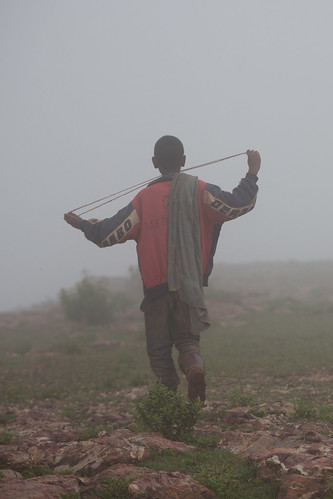 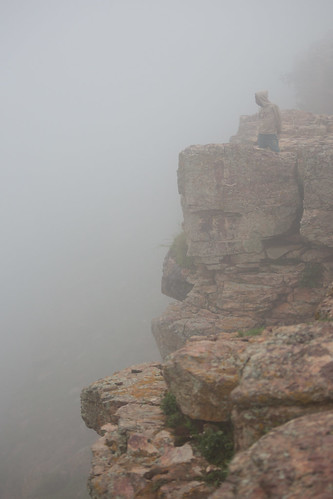 The boys also patrol with slingshots and scan the cliff edges. 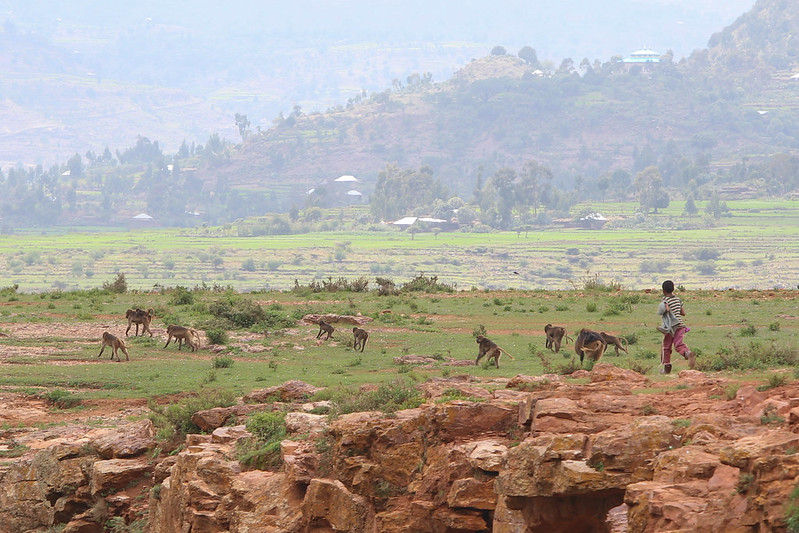 When the boys see the geladas, they yell and hurl rocks at the monkeys, chasing them to the cliff edges. 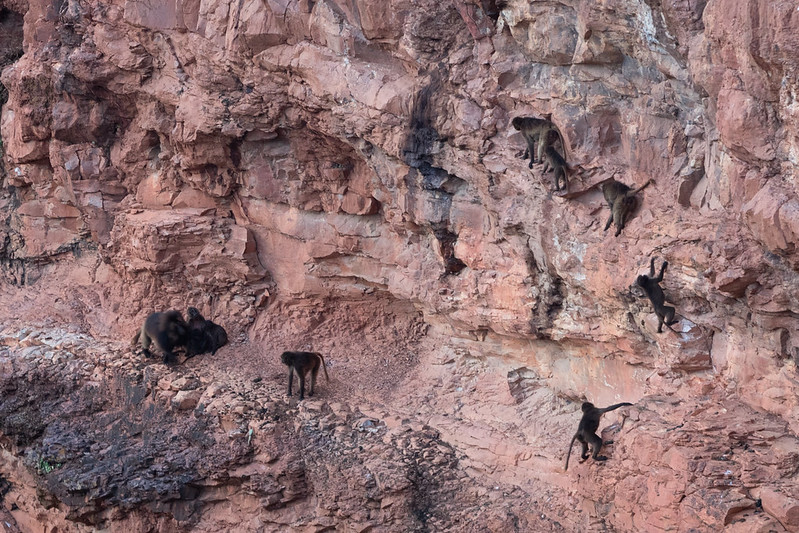 The monkeys retreat below the plateau. 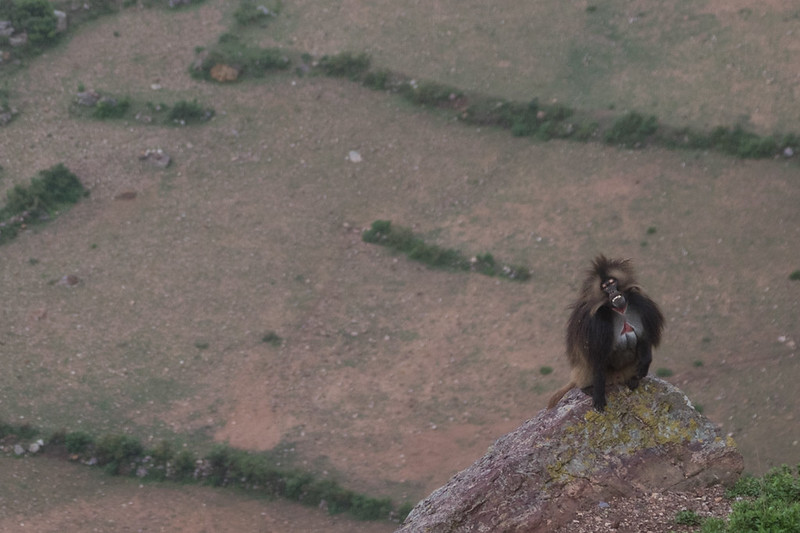 Some of the monkeys continue to taunt the boys from the ledge. The valley floor may be as much as 500 meters below. 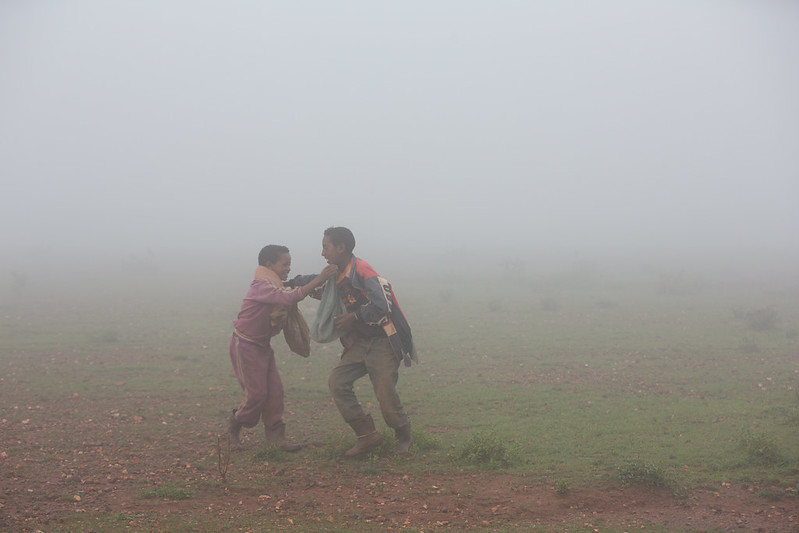 Because the geladas don’t venture into the fields in the dark, the boys relax once the monkeys settle into their cliffside caves for the evening. 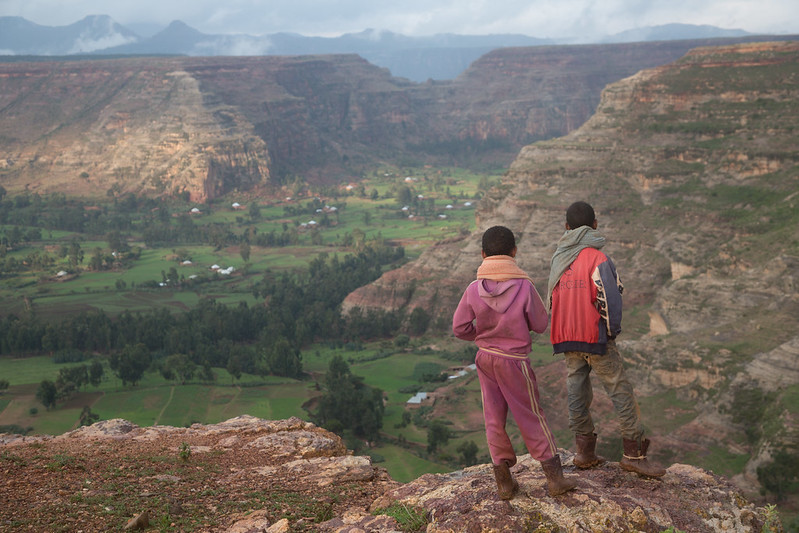 Two of the boys look down to their village before returning for the night. They and the monkeys will return in the morning.